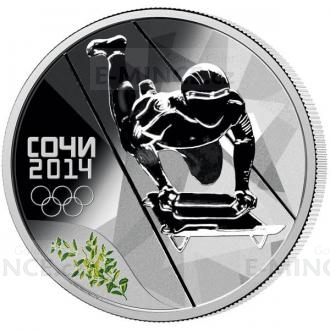 Special features:
• A unique opportunity for you to own coins of the Sochi 2014 Winter Olympics from the Bank of Russia!
• Your coin is 1 ounce of sterling silver (92.5% pure) with proof finish.
• Serrated edge and selective colouring of a Cork Oak adds to your coin's uniqueness.