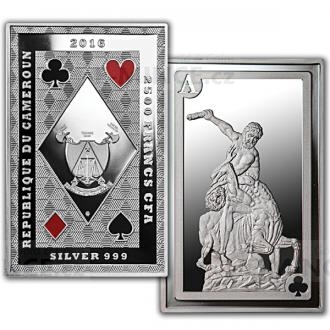 This exclusive collection is introduced by the ACE of CLUBS coin, depicting the sculpture “Hercules and Nessus” created in 1599 by a Flemish sculptor Giambologna. This masterpiece refers to the Greek mythology and features the fight between Nessus and the courageous Hercules, famous for his strength and fortitude.