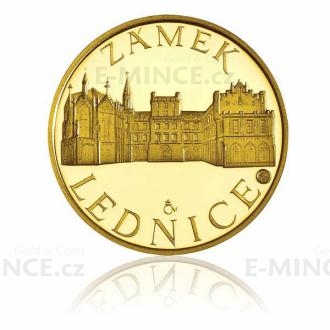 A unique castle known worldwide for its splendour. It has been registered in UNESCO’s World Heritage List as part of the Lednice-Valtice Complex since 1996. The Liechtenstein family became owners of the Lednice Castle and the nearby town of Mikulov at the end of the 13th century. Over time they expanded their ownership of land on both sides of the Moravian-Austrian border. After the battle of White Mountain the family of Liechtenstein became one of the wealthiest and most powerful families in the country, which allowed them to extensively rebuild the castle and adjoining gardens.

The old structures were torn down at the end of the 17th century and replaced with a baroque mansion with vast elaborately landscaped gardens and a monumental riding hall designed by architect Johann B. Fischer of Erlach.

The present appearance of the Lednice Castle is a result of the Neo-Gothic reconstruction of 1846–1858, when Prince Alois II of Liechteinstein decided that the city of Wien was not suitable for summer festivities and rebuilt the mansion in Lednice into a prestigious summer residence. The representative halls on the ground floor with carved ceilings, wooden wall panelling and unique furniture, unmatched in Europe, served for grandiose meetings of the European nobility.

On the obverse side of the medal, its author sculptor Vojtěch Dostál, placed the most famous view of the castle, admired by tourists from around the world. The words LEDNICE ZAMEK are at the rim of the medal.

The reverse side of the medal features the Liechtensteins’coat-of-arms; one of the oldest noble families in Europe owned the castle for nearly 700 years. The coat-of-arms is complemented with the family name LIECHTENSTEIN in circumscription.