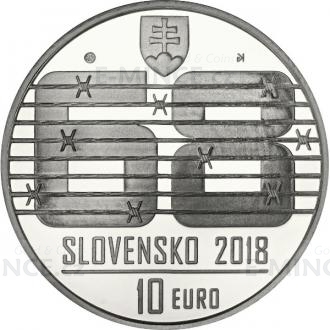 The spontaneous, non-violent civic resistance against the Warsaw Pact invasion of August 1968

The late 1960s in Czechoslovakia saw the emergence of a society-wide movement for democratisation of the communist regime. The Soviet leadership monitored these developments with increasing concern. In early August 1968 representatives of Warsaw Pact countries met in Bratislava and signed the Bratislava Declaration, which stated in part that “it was the common internationalist duty of all socialist countries to protect and consolidate socialist gains”. It was supposedly at this time that a ‘letter of invitation’, giving an appearance of legitimacy to the impending military intervention, was passed to the Soviet leadership. On the night of 20-21 August Czechoslovakia was invaded by armed forces from several Warsaw Pact countries. The invasion force included three hundred thousand foreign soldiers and more than six thousand tanks and combat vehicles. As a result of the invasion, the reform process was stopped and the period of ‘normalisation’ began. The invasion of Czechoslovakia shocked the world and triggered spontaneous civic resistance that made headlines at home and abroad.

Obverse:
The obverse design of the coin depicts barriers of barbed wire with the number ‘68’ positioned behind them, representing the period of oppressive “normalisation” that followed the invasion of Czechoslovakia by armed forces of the Warsaw Pact in August 1968. The Slovak coat of arms appears at the top of the coin. At the bottom are the name of the issuing country ‘SLOVENSKO’ and the year of issuance ‘2018’, together with the coin’s denomination and currency ‘10 EURO’ separated by a horizontal line. To the left of Slovakia’s coat of arms is the mint mark of the Kremnica Mint (Mincovňa Kremnica), and to the right are the stylised letters ‘PK’, the initials of the coin’s designer, Patrik Kovačovský.

Reverse:
The reverse features a fragment of Laco Bielik’s photograph “The Bare-chested Man in front of the Occupiers’ Tank” placed in front of the number ‘50’ and the word ‘výročie’ (anniversary), symbolising the 50th anniversary of the invasion of Czechoslovakia by the Warsaw Pact armed forces. At the top of the coin is the inscription ‘AUGUST 1968’.